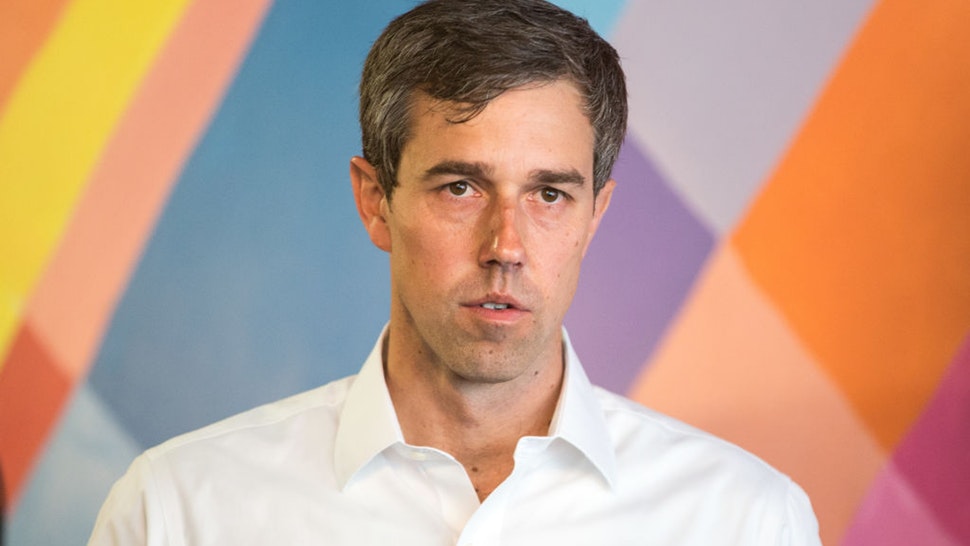 Robert “Beto” O’Rourke’s trip to Newtown, Connecticut, hit a snag as a resident stood up and called the Democratic candidate out in front of rolling media cameras.

O’Rourke’s Wednesday trip to the town rocked by the Sandy Hook shooting was, of course, centered around his infamous platform of gun control.

“I know that the people of this community understand this better than perhaps any other community in this country and not just the devastation, the grief and the lost, but what those solutions are,” O’Rourke said, according to WTIC-TV.

The candidate’s unconstitutional approach to gun violence didn’t sit well with everyone in attendance, and one woman stood to make her voice heard.

“They’re here to hijack this town and to try to make an issue out of getting guns out of good peoples’ hands that can make a difference,” Newtown mother Rebecca Carnes said. “And you know that, Beto.”

“This is bulls—,” she continued. “It’s about mental health, and it’s about the war on boys and masculinity!”

Watch her stand, which ground the discussion to a halt, below.

Carnes’ repeated attempts to get a response out of O’Rourke were met with silence from the candidate.

While those on the left and right agree that mental health is a major factor in many mass shootings nationwide, O’Rourke’s solution is an outright ban on certain kinds of firearms.

The candidate has proposed a “mandatory buyback” of so-called assault rifles, otherwise known as a confiscation.

Those that would go against his proposed plan could face a visit from law enforcement, O’Rourke has said.

Carnes isn’t the only one willing to take a stand against this disastrous plan to strip Americans of their lawfully-owned firearms. Now some sheriffs and other officers of the law are stepping forward to say they would stop O’Rourke’s enforcers.

Previous critics of the candidate have included parents, police officers, and even school shooting survivors.