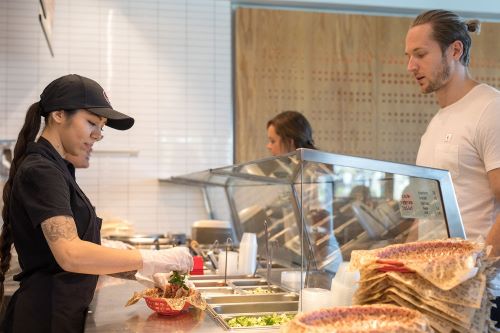 Labor shortages continue to be a thorn in the side of the U.S. economy. Right now, countless businesses across the United States are looking to hire workers; yet, the government is standing in the way with continued unemployment benefits, even as employment opportunities are now readily available.

California, for instance, announced last week its decision to put more money into jobless benefits. Small business owners in the Golden State spoke to Fox News, explaining that they’re not in a position to compete with the federal government.

However, businesses are still doing the best they can to remain afloat and get workers into their establishments. Some businesses are increasing their hourly wages as a means of attracting more workers.

Working to Overcome the Labor Shortage

Thus far, the businesses raising their wages are mostly larger corporations. Chipotle, Amazon, McDonald’s, Costco, Sheetz, and Walmart have each committed to paying employees higher wages than usual. In some cases, the new hourly wages even surpass $15 per hour.

With the higher pay rate does come a real possibility for inflation. This possibility becomes exponentially higher if the aforementioned businesses increase their prices to counter the money lost in higher wages; another feasibility is for these companies to phase out human workers by investing in automation.

Juan Williams just claimed there isn't a labor shortage nor any signs of inflation on The Five.

Years of studies already show that the lowest-paid workers are most vulnerable to succession by automation. This is a reality which Democrats fail to acknowledge as they champion a $15 per hour federal minimum wage.

Right now, though, many businesses are finding that customers are returning to them much faster than staffers.

As the labor shortages rage on, many on the left have claimed that throwing money at the problem will fix things; although, this short-sighted perspective fails to take into account the long term ramifications of said labor shortages.

So many Arizona companies and small business owners cannot find workers to fill positions due to the Biden-created nationwide labor shortage. #BidensAmerica https://t.co/LLbMfVLYIt

As previously stated, Americans should not be shocked if prices increase…especially for businesses raising their hourly rates. Automation, again, will likely succeed many workers in the restaurant, hotel, retail, etc., industries in the years to come.

Ultimately, the long term ramifications of labor shortages are unemployment and a widening gap between what many people view as the “haves” and the “have nots”; the folks who currently deny the existence or seriousness of labor shortages today may be shocked at the consequences later down the line.

Labor shortages don’t benefit anyone, especially when the economy is struggling to recover from months of lockdowns already.

What do you think about businesses raising their hourly rates to attract more workers? Do you think the long term consequences of this will entail higher prices and more automation in the place of human workers? Let us know in the comments section below.