Americans Give Biden The Pre-Eviction Notice From ‘You Know Where’ 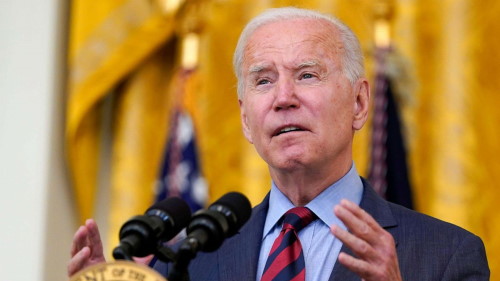 NBC’s “Meet the Press” host Chuck Todd revealed a new poll this Sunday that he said would be “scary news for Democrats.”

Todd stressed that the new poll, done by NBC News, shows that only 22% of Americans think the United States is going in the right direction while around 71% think it is not.

“Only 22 percent of adults say we are going in the right direction,” Todd said as he revealed the numbers. “A shocking 71 percent say we are on the wrong track, and this includes almost a majority of Democrats who are reporting this.”

“President Joe Biden’s approval number stands at a terrible 42% versus 54% who disapprove of him. Believe it or not, only two months ago Biden had positive numbers here,” Todd said, highlighting that the numbers only went lower from there.

Todd also stressed the larger picture, saying that the poll shows support for Republicans on top issues that could push people to the polls during the upcoming midterms.

Raising one final question about if pushing infrastructure and the larger spending program over the line might give Joe Biden a surge in the polls, Todd said, “This much is certain, about the only positive news for Joe Biden and the Democrats in this survey is that the midterms are not for another year.”

Joe Biden has been so terrible for America that even Democrats in the mainstream media are admitting the truth: Americans now hate Biden and hate his extreme left policies even more.