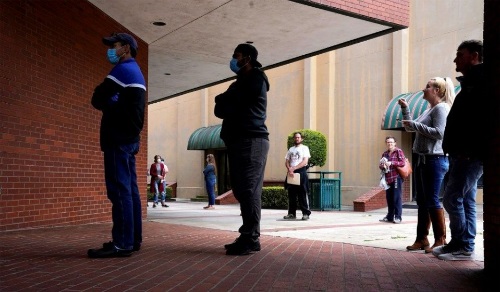 The Democrats want you to think that President Donald Trump doesn’t have control of the economy, but they’re wrong. Trump, who oversaw the biggest jobs boom in American history before the Chinese coronavirus hit, is now overseeing record increases in employment as the country relaxes many lockdown measures.

The United States Bureau of Labor Statistics released new data On Friday showing that total nonfarm payroll employment increased by 1.8 million in July, sending unemployment down to 10.2%. It means people are getting back to work entering new jobs or returning to roles that they had previously lost.

It’s also a good indication that the PPP loans offered by the government have helped keep American businesses afloat during this difficult economic period.

The Labor Department reported that the biggest job gains occurred in the leisure, hospitality, government, retail, professional, and business sectors.

Broken down, leisure and hospitality saw a huge increase of 529,000 jobs as people start returning to restaurants, gyms, and other places of leisure. Retail is bouncing back, too, as people start returning to shops and relying a little less on online services, with some 258,000 jobs coming back to that sector. Professional and business services saw an increase of around 170,000, and other services sat 149,000 new jobs.

Health care, outside of COVID-19 treatment, is bouncing back too, with 126,000 new jobs. Manufacturing is also on the up, along with warehousing and transportation. It’s all good news for the American people, and it’s good news for the Trump re-election campaign who can prove the Democrats wrong on this.

Unemployment dropped almost across the board, too. For adult men, it dropped by 9.4%, for adult women it dropped by 10.5%, and it even declined by 19.3% for teenagers. Democrats can’t even claim racism, either, because Asians and Hispanics saw a bigger unemployment decrease than white people.

It’s all good news, and means the economy is coming back. Who doesn’t love a good comeback story?