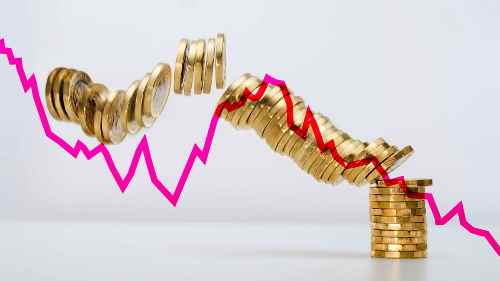 When the Trump Administration was able to get the tax reform bill passed in late 2017, one of the key components of the bill that was supposed to help boost the domestic economy was the clause that allowed corporations a one-time opportunity to bring money back from overseas with a significantly reduced penalty. Personally, I wrote several articles regarding the repatriation of the overseas cash with a focus on which companies were in the best position to take advantage of the clause and also how the cash would be used.

One particular article from January 5, 2018, focused on how companies intended to use the repatriated money. There was a survey from Bank of America Merrill Lynch (BAML) included in the article and it showed that 65% of companies planned to pay down debt while 46% expected to buy back shares of its own stock. Those were the two most common answers from the survey.

The fact that so many companies launched share buyback campaigns should not be a surprise to people now, but they certainly seem to be given how politicians from both sides of the aisle are railing against stock buybacks now.

Stock buybacks themselves aren’t a problem, they are a problem when companies spend all of their free cash on stock buybacks and don’t plan for an emergency that they become a problem. Take a look at the airlines and what they have done over the last 10 years. Collectively the major domestic airlines have spent 96% of their free cash flow on share buybacks. That is up until the coronavirus crisis hit and most travel was deemed unnecessary. Now the airlines are looking for a bailout from the government and they were one of the first industries in line.

President Trump expressed his displeasure with buybacks on several occasions last week. In what might be the biggest surprise ever, Representative Alexandria Ocasio-Cortez sided with the president and said any company that receives government assistance during this crisis should be banned from doing stock buybacks.

While this all sounds good, the fact is that stock buybacks aren’t a bad thing. When a company buys its own shares back, it generally causes the stock to rise and that helps build wealth. When the S&P soared to its all-time high in February, you can bet your butt that stock buybacks were a major reason for the index reaching the level it did.

If you look at how we analyze a company’s earnings growth each quarter, we view it on an earnings per share basis. You take the bottom line profit and divide it by the number of shares that are outstanding. There are a number of ways to grow earnings—increased sales, lower expenses, etc. In order to grow sales, unless the company has a unique or new product, they generally rely on overall economic growth for the revenue to increase.

With the U.S. GDP only growing at a rate between 2.0% and 3.1% over the last eight quarters, most companies weren’t getting the type of growth from revenue that they were looking for. Therefore to help boost their stock price more, they reduced the number of shares that were outstanding—rather than grow the numerator, they lowered the denominator.

Like I said before, this isn’t a bad thing, it just doesn’t help grow the economy as much as capital expenditures would. Corporations aren’t going to increase production or boost capital expenditures unless they see an increase in demand or a significant return on the investment. That is how they work and that is what we expect them to do as investors.

Perhaps if we want to change how corporations use their cash, we need to re-evaluate how we analyze them. Instead of focusing solely on the earnings per share, we should also focus on the bottom line itself.

There is also a matter of executive pay that is correlated to the stock price. Some CEOs have bonuses tied to the stock price and therefore they tend to focus on it and strive to get the stock to a certain price. Even if they don’t have a bonus tied to it, most CEOs have a significant number of shares in the company they run. Take a look at Jamie Dimon, CEO of JPMorgan Chase. Mr. Dimon owns 8.9 million shares of JPMorgan stock. From the low in December ’18 through the recent high, the stock rallied approximately $50 a share. If we multiply that times the number of shares Mr. Dimon owns, we see that his net worth jumped $445 million. Sure that’s a huge number, but it is also called incentive for the CEO to try to grow the company and see the stock price climb. Now, assuming the 8.9 million share number is correct, Mr. Dimon’s net worth from his JPMorgan stock holdings dropped $568 million from the high to the low in the stock.

The bottom line, at least for me, is that stock buybacks aren’t a bad thing if they are done properly. If I suddenly start making more money and instead of saving any of it, I spend all of it to pay down my mortgage, that isn’t a bad thing. However, if all of a sudden I have an accident and don’t have any cash to pay medical bills and so forth, now it becomes a problem. This is essentially what has happened with some corporate buybacks.

Something we can do as investors is pay more attention to how earnings are growing. I don’t expect the industry to change all of a sudden and start reporting earnings in a different manner. However, as an investor, you can look deeper into a company’s earnings report to see how and why the EPS is growing. In my experience, a company that is growing its earnings primarily through revenue growth is a stronger company that is growing its EPS through stock buybacks. Buybacks tend to attract investors because it does increase the value to shareholders, but at what cost?