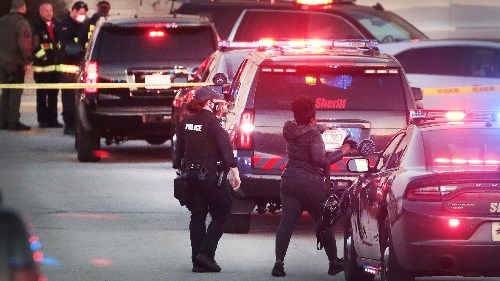 According to the authorities, the gunman fled on foot along with other people who were also exiting the mall. It took six hours for police officers to secure approximately 1 million square feet of space. They also had to call in seven tactical teams to join the search. In fact, Newsweek reported that 40 police vehicles and 100 officers were deployed at the scene. After the encounter, investigators were able to obtain information about the gunman through interviews with victims and witnesses.

During the incident, authorities had asked shoppers to seek shelter. In an interview with Shavez Hassan, he claimed that his uncle who owned kiosks in the mall was shot twice in the leg. WISN-TV reported that they have seen at least four individuals who were loaded into the ambulance.

Initially, authorities encountered a few setbacks after some of the witnesses gave wrong information about the shooter. In fact, some identified the gunman as a “white male” between the 20s or 30s. Unfortunately, the suspect turned out to be Hispanic, and younger than what the witnesses had described.

They immediately released a search warrant for the suspect, and he was later apprehended at a traffic stop. The police were able to recover firearms during the boy’s arrest. Currently, investigators have not yet released the shooter’s identity to protect the investigation, as well as the primary motive for the shooting.

Despite the violent incident, local police authorities along with Mayor Dennis McBride assured that the Mayfair Mall is still a safe place where local residents can shop. In a statement, Wauwatosa Police Chief Barry Weber assured that the recent shooting is only an isolated incident and can happen in any community. “An incident of this type can happen at any time, in any place,” Weber said. “I encourage people to show their support for Mayfair,” Weber concluded.

The incident was listed as the third shooting at the Mayfair Mall this year. The mall’s property management company, Brookfield Properties also issued a statement on behalf of the incident. “We are disheartened and angered that our guests and tenants were subject to this violent incident today,” the company said. They also extended their gratitude to their partners including the Wauwatosa Police Department in Mayfair. They also vowed that they will do their best to help strengthen the investigation.